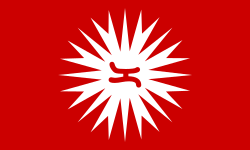 Maya had scoffed at that in a conversation saying, ‘Ha! I was learning my A-Ba-Ka-Da loooooong before I met any of them. My father taught me that and his father taught him, and so on. If I had my way, I’d put learning alibata in the grade school curricula.’ She would, too, knowing her. In fact, her journal notebook was filled with things always written in alibata, one way to keep most people away, ironically.” (MAYA [CHAPTER 2: DEAD AIR, PART 4])