Oh, I missed these hash potatoes! So today, it’s #TVTuesday and #TuesdayTunes post.  Double fun, woohoo!!! Today, I am sharing one of my current favorite shows, Your Face Sounds Familiar (YFSF) Kids Edition.

Saying “Your face sounds familiar” sounds really weird and like utter nonsense. The premise of YFSF, however, explains it.  Okay, background with a little bit of disclaimer:

YFSF is a singing and impersonation competition owned by the Endemol Shine Group, known abroad for producing many reality TV shows (Big Brother and others). YFSF was franchised by Philippine TV network giant ABS-CBN and the first regular season started in March 2015. There came another regular season and then, the first-ever season of the Kids edition was aired in January 2017. It gained international attention when then-7-year-old Xia Vigor performed as Taylor Swift and the video of that performance went viral.

The second season of the Kids edition is currently running and the kids’ performances are making much more waves. That’s thanks to the already-big attention the YouTube reactors’ community has been giving Filipino artists.

YFSF has a set of screen and theater artists–singers, dancers, actors–competing against one another onstage every week. Weekly shows are divided into two parts with the first half of the performers shown on Saturday and the remaining ones on Sundays. That gives ample time on the second day (well, eve) to announce the week’s winner and show the participants pressing the “iconator” (just a coined term as abroad, it’s called “randomizer”, even simply a “buzzer”). That’s the button that every contestant presses to reveal his/her next icon. 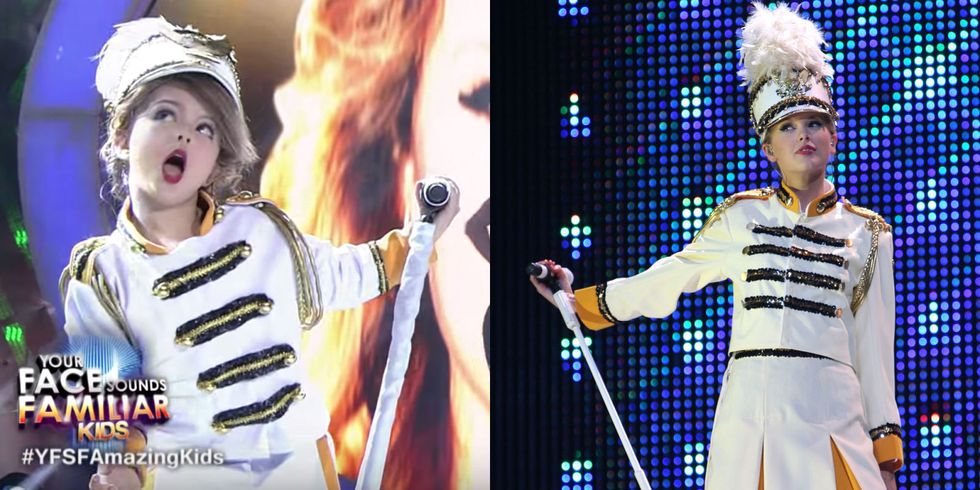 Competitors are each assigned celebrities that have become music icons or made waves in the industry one way or another. That’s regardless of the age of the icon, race, sex and gender (so expect cross-dressing in some performances).

But this is a step up from the usual impersonation stuff. A major part of this involves the makeup artists and prosthetic. Every week, performers are madeup and often–not always–made to wear prosthetic. The idea is to not only sound and act like the icons but to LOOK like them. This is where my disclaimer enters.

In the past, I saw some foreign YouTubers express concern prior to seeing an actual performance that the performer might be doing “blackface”, which people could find offensive. Then they got to watch and realize it’s not the case (especially when they saw it was a great performance!). It really isn’t meant to be offensive, not at all. It always depends on the look of the icon. It has nothing to do with being racist. So if s/he’s white, then the performer’s Pinoy brown color is turned lighter (sometimes, the prosthetic can be a tad weird and creepy-looking, though). So if we’re playing the race card, might as well call it “whiteface”. Or “yellowface” even, depending on who’s being impersonated. 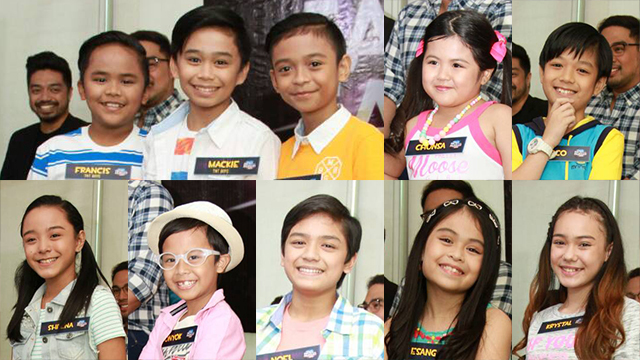 Just to be clear, not every performer is a good singer, or even dancer. He or she is judged on how well s/he has projected him/herself as the icon being impersonated.

Anyway, to show how talented our kids can be, I am sharing a few videos from this season’s (season 2) kid performers. They seem long, but that’s because the videos continue until all the jury members have made their comments. There are lots of funny stuff that follow a performance, but feel free to stop playing. (BTW, copyrights to all the images and videos here belong to ABS-CBN, unless otherwise specified. I got some from other sites, but of course, they’re still mostly from ABS.)

I’m starting with my biggest bet, Sheena Belarmino. People know her more as a singer as she was a grand finalist of the popular singing competition Tawag ng Tanghalan (TNT)  that was part of the noon-time variety show It’s Showtime. That ended late last year. Prior to that, however, she was a finalist of Dance Kids from 2015 to 2016. You can say she is a powerhouse of a talent. As of last count, she’s won thrice already, currently the most number of times this season. However, she’s also currently ranked 3rd-4th . That has something to do with how the jury individually assigns scores.

Watch her perform as local artists Sarah Geronimo and KZ Tandingan and judge for yourselves. Sheena showed Sarah’s swag as the latter performed the song onstage (the hair and expressions were based more on the “Tala” video). That was Sheena’s first win. Everyone was definitely impressed. BUT she even topped that recently by showing more swag impersonating KZ’s viral performance of Adele’s “Rolling in the Deep” on the recently concluded Singer 2018 singing competition (Jesse J. won) in China. Sheena even wore the same outfit. She blew everyone away! I think you will agree. And she also got a wonderful surprise after she sang… 😉

Meanwhile, also check out her performances as Ariana Grande, (so good!), Chris Brown, and local artist Jessa Zaragoza (for which she also won, though I’m not crazy about it…The link I shared is just of Jessa singing at an event — she’s not wearing a gown and not doing much of the movements she’s been known for).

Next, the TNT Boys! They are composed of Kiefer Sanchez, Mackie Empuerto and Francis Concepcion–all grand finalists of the TNT Kids singing competition, like Sheena. Among all the contestants, they are undoubtedly the most popular due to their emotional rendition of Beyonce’s “Listen” in the GGV show. Actually, for fun, they were asked to sing it while pretending to be fighting (Francis bullies Kiefer, then Mackie defends Keifer who tries to pacify both of them). It was a hoot! And it became viral. Suddenly, the group TNT Boys was born and they have now performed in Little Big Shots US and UK. Since then, a lot of their performances onstage and offline have been going viral, particularly their YFSF numbers. They’ve won twice and are currently ranked 1st.

Below are two of their performances. The first is of The BeeGees. They didn’t win but this was the first video of the season that went and is still going viral around the world. The BeeGees loved their performance and actually tweeted about it. The next is–get this–their impersonation of Destiny’s Child! It was their first win and very well-deserved. These boys are so talented! I loved their performance of The Supremes as well, it’s my personal favorite–classy with less flair. Their second win, though, was their Mariah Carey and BoyzIIMen one and,  you guessed it, it’s gone viral as well.

Now we have Krystal Brimner. She was a relatively unknown in the mainstream showbiz world until YFSF. Some people may recognize her from the movie Honor Thy Father where she played a vital part. Theater aficionados may remember her playing the title role of Annie, for which she won Best Child Actress and Best Female Lead Performer from the 2016 Platinum Stallion Media Awards and 2016 Philstage Gawad Bahay Awards. Based on her performances in YFSF, it’s obvious she’s been using her training to good use.

Krsytal is currently ranked 2nd. I am not sure if she’s an audience favorite, but I like her. For me she’s done a LOT  of great impersonations. Below are the two performances that made her win: as Jesse J. first, then as Alicia Keys. I would also recommend her impersonations of Miley Cyrus (on her first week, when she made her mark as a talent to reckon with), Stevie Wonder, and Dionne Warwick.

Last on my list is Esang De Torres. Among the top four, I think she’s the one who first made her mark on national TV. She was such a cutie joining the MiniMe contest of It’s Showtime, where she “impersonated” her idol Lea Salonga. But it was in joining The Voice Kids that made her. Coached by none other than her idol, Lea, she was the team’s grand finals bet. It was apparent that she had a singing talent that was perfect for the stage that, with a lot of encouragement from Lea, Esang joined the theater world. In fact, she was one of those who played the title role of Matilda. Like Krystal, it’s obvious she’s putting her theatrical training at work. She gets better everytime.

She’s won once so far, but her often-high weekly scores have tied her at 3rd to 4th rank with Sheena. I liked a lot of her performances as well. I am first sharing one of my faves, her impersonation of John Legend. The next is her doing a Christina Aguilera, her first actual win Feel free to also check out her Cher, Lea Salonga, Cyndi Lauper, and Bonnie Tyler. As fo this writing, she just did a Freddie Mercury, which was also good, by my standards.

And my list is done! Basically, I think the TNT Boys getting into the finals is already in the bag. Sheena, my most fave, doesn’t always get the highest scores, so I’m crossing my fingers. Krystal, if she keeps doing what she does, would most probably be in the finals, too. I am crossing my fingers for Esang as well, but she does consistently get high scores…

I am actually surprised and very glad to know that my top ones are those who are leading the ranks. The girls are my faves, but biases aside, I thought that they should be in the top three.

Anyway, guys, I hope you enjoyed reading my post and watching the vids. I enjoyed putting this together. I could do another set next week, if I have the time 🙂