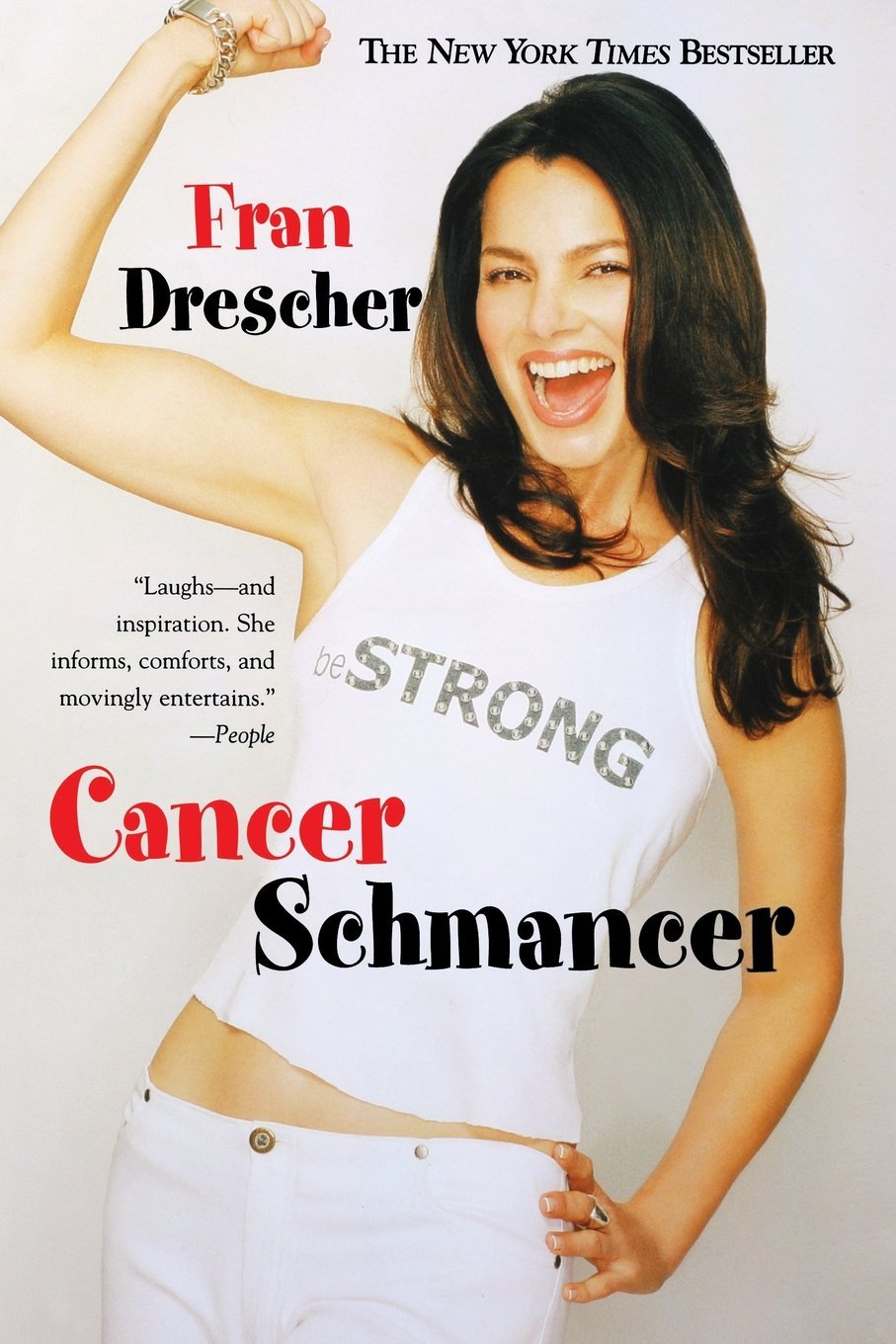 Creator, executive producer, writer, director, star. But cancer survivor? Certainly not something Fran Drescher would have wanted on her resumé! Yet in year 2000, while the whole world celebrated surviving the millennium bug, she of TV’s The Nanny fame was in a battle no one would’ve predicted for fit, healthy, lively “Miss Fine.”

In reality, things were far from fine. Her almost twenty-year marriage abruptly ended; her beloved dog Chester would soon be put to sleep; worst of all, she finally confirmed what she had somehow suspected all along. After years and years of consulting doctors who mostly told her she was probably just going through the perimenopausal stage—ouch, her ego!—Doctor #9 told her otherwise. That “otherwise” was uterine cancer, stage 1.

So after her first bestseller Enter Whining, Fran was back writing about her life, love, libido, and cancer that really didn’t need to be in her life, but there it was anyway. Why Cancer Schmancer? Writes Fran: “All I’ve got to say is to he** with cancer! This book’s about schmancer! Laughing at the crazy things life offers when it’s biting you in the a**.”

The book basically revolves around Fran’s two-year, 11-doctor journey as she tries to get second, third, fourth and so on medical opinions regarding her health. She knows something is wrong—the staining between periods and cramping after intercourse would have been tell-tale signs of uterine cancer, but she didn’t fall in the risk groups category—yet always, she gets misdiagnosed until Doctor #8 refers her to #9. Meanwhile, her ordeal is changing her into someone she hardly recognizes. Fran eventually recovers with the support of her family, friends, and two different loves.

Written in a candid manner, Fran talks about her cancer with a mix of reflection and humor. There are anecdotes worth retelling to make one smile and even laugh. However, Fran gives more than a dose of humor. She shares the pains and the sorrows as well including a particularly short but sad story so tragic, it spirals to the end of her marriage with Peter Jacobson, her best friend, childhood sweetheart and Nanny co-producer. After the harrowing experience, they will never be the same again, Fran realizes, as they feed off each other’s neediness and fears that are close to paranoia. She just has to get out of the marriage, for both their sake.

As personal and entertaining as it seems, this book is not for the uptight. Language may sometimes be a little too much for some (the first quote is a preview of that) while certain subjects like sex, which is essential to the author, is taboo. But hey, that’s Fran! Take them all away and it wouldn’t be her. One can only appreciate her honesty.

Fran with members of the Cancer Schmancer Movement

The book, primarily written to make women more aware of their health and the importance of early diagnosis especially of gynecologic cancers, is now on the bestseller list. In fact, it created enough impact that on June 21, 2007, Fran celebrated her seventh year of being cancer-free and topped it off with the launch of the Cancer Schmancer Movement, an active policy-changing movement serving the same goal.

Time to sound off the alarm! As Fran says, “Once you wake up and smell the coffee, it’s hard to go back to sleep.”

NOTE: This article was published in The Big C magazine (July-September 2008 issue). To see more reviews, please visit my CRITIC’S CORNER….Thank you!