Since I posted my entry for a local writing competition (poems category) more than two years ago, “Tula ng Puso: Pananampalataya, Pag-ibig, Pag-asa” (Poems of the Heart: Faith, Love, Hope) has been one of my most-read posts. I know it has nothing to do with any writing talent I have. They’re most probably just either Googling for samples to get writing ideas, or looking for love poems for Valentine’s.

What most people don’t know is that two of those poems were very personal. Non-Filipinos didn’t even understand, for sure. The most personal was the third and this month, especially today, it holds a very special meaning in my heart. Every time March comes, I grieve twice.

It’s not the best poem out there, but it is my most heart-felt. I wasn’t just writing to win a contest (winning at that point seemed like wishful-thinking). I was trying to convey my grief and ask forgiveness, maybe even for understanding.

This is it below, with translations. I hope nothing is lost in translation (I tried my best, but don’t consider it the official English version). 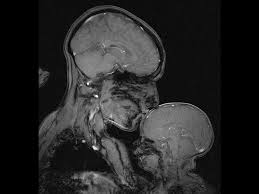 (how to forgive oneself)

(for failing as a mother?)

(How can I lose this pain)

(if each and every day)

(has memories of you, my love?)

(if every beat of my heart)

(reminds that yours beat no more?)

(yet each reply carries the pain with it?)

(…Perhaps, there really are questions that will remain unanswered.)

(Time will come that I will finally learn “How?”)

(Yet I keep hoping.)

(Someday, you’ll come back to me.)

(Perhaps not for now. But I patiently wait.)

(Until I can hold you in my arms, give you kisses, and say)

It’s near the end of January and Chinese New Year’s really near. Thought it’s time to post my 2016 review that I had been intending to do.

However, I did not want to do it the traditional way. And because it’s Wednesday, I thought why not an interview? Not just an interview, but an imagined one with myself. Not just an imagined one, mind you! I asked a few peeps last night (your Wednesday morning, I suppose) to ask me any questions regarding my 2016. Some of them actually gave it much thought. A few silly questions here and there, but we all need silly from time to time.

(Not My) Interview with Myself 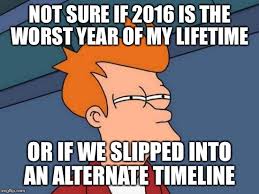 Yes and no. It’s funny that most of the world unofficially officially declared 2016 as a bad year, The Worst Year, even The Worst Year Ever in History (well, maybe modern history). I understand. 2016 was mean to me and my family and the world in general.

I am rather amazed, though, that I’m not hating on 2016 all that much, regardless of the fact that the negatives certainly outweighed the positives. Must be because I mindfully kept trying to be positive. No more letting depression in my life especially now that I have people counting on me. Maybe that should be my annual goal.

Who were your inspirations in 2016?

MY FAMILY. Family is never cliche, and I know a lot of people would give the same answer because that is the truth. Difficulties and issues aside, family is most precious to me. My husband, our kids, my sister…

On the contrary, my dear Watson. Sadly.

What improvements did you do to yourself?

Work-wise, I added a few online-related skills, thanks to our company. On a more personal note,… 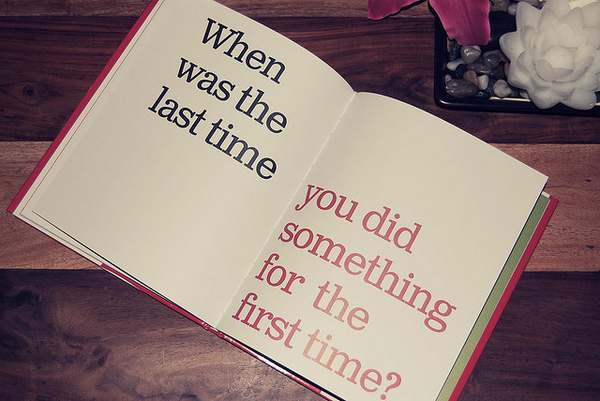 Tell us anything totally new/surprising that you did last year.

Did you learn something new about yourself? What?

Change is always constant, but I’m probably basically same old-same old. I did learn something quite trivial. I have a terrible sense of direction. That’s not really what I learned as I’ve known that for years. I did learn I’m not just one of a few, rather, there are many of us.

The struggle is real! We become lost to the point of looking stupid. What bothers me, though, is finding out it may not have been always like that, but the brain could have suffered some kind of damage (big or small) that was enough for it to not function the way it’s supposed to. I told you, I can really relate with the woman on that BuzzFeed video.

“Be patient with the kids.” I have to admit, I still need to keep heeding that advice.

I always thanked people. I really appreciated those who helped me in some way, be it in material ways or just through giving me moral and spiritual support. There were some who gave help without batting an eyelash and demanding for more explanations. There were even those with whom I just happened to tell my problems and they surprised me by volunteering to help. And some, they weren’t able to help in the material sense, but they lent their ears to listen and offered great advice and prayers.

They’re very good people, in my book. They did not willfully ignore me or give me the runaround or criticize me even (a few did, so thankfully, I now know how they are).

What was the biggest fear that held you back in 2016?

Fear to offend certain people so they would not get mad at me and we could keep that little amount of peace among us. In my efforts to avoid conflict, I let them force certain “rules” on me that they actually violated themselves from time to time — how selfish was that? I only did that to keep the peace even though it seemed I was becoming a pushover.

Nevertheless, as I expected based on past history, I may not move an inch from a corner and they would still find something to complain about and try to enforce more rules on me. Worse, they included others in the issue that they put those others’ health, well-being and own relationships at risk. I would not stand for that. So I let them know that I could be civil to them but would not be a pushover.

Of course, I know they are mad right now. Honestly, it’s them creating their own ghosts and problems. I’m just trying to deal with them as civilly and peacefully as I can.

What was the biggest challenge you overcame last year?

Losing my second baby. I really wouldn’t call it “overcoming”. It was something that happened and did not leave me any choice. I still think about her almost everyday. I don’t even care that I’ve got a big tummy now because it reminds me of her. I’m not even sure I’m willing to overcome this. The real challenge is to not be sad looking at babies.

How many Koreanovelas (Korean dramas/TV shows) did you watch?

I’m not exactly a fan of Koreanovelas in general, but I do watch from time to time. Last year, I watched two with my closest roommate (I live in a boarding house on weekdays as I go to work). Watched Healer and Oh, My Ghost. I’m currently kind of following The Queen of the Office (a.k.a. Goddess of the Workplace), Korea’s version of an original Japanese show.

Most embarrassing moment in 2016?

I was thinking about getting ignored, criticized and the runarounds, but no, those were humbling experiences. I can’t think of any answer at the moment, truthfully.

What new life lessons did you learn from 2016?

I tried to rack my brains out, but to be honest, I don’t think I learned anything new and substantial. If anything, the year only emphasized to me what I already knew, be they good or bad. Okay, maybe because of this, I did learn something: to never be complacent about things. 2016 was my eager reminder.

Just the fact that we are still alive and kicking.

It’s also Pregnancy & Infant Loss Awareness Month, did you know? I didn’t, until I stumbled upon Ashley Anderson‘s article last Friday.  Now you know what that means to me, so I won’t delve much into it. I do want to express my deep sorrow through her words.

To our fellow moms, I only have to say that we must strive to enjoy life every day, enjoy even the tiniest bit of things. And never, ever lose hope…

October is pregnancy and infant loss awareness month. For those of you who know me, it’s something that is near and  dear to my heart. Not everyone is comfortable with talking about their journey and loss, but I’ve found that with speaking out about pregnancy loss can help with healing, open up conversation and help connect people who have been affected by loss. 1 in 4 women experience pregnancy and infant loss. It’s time we talk about it. 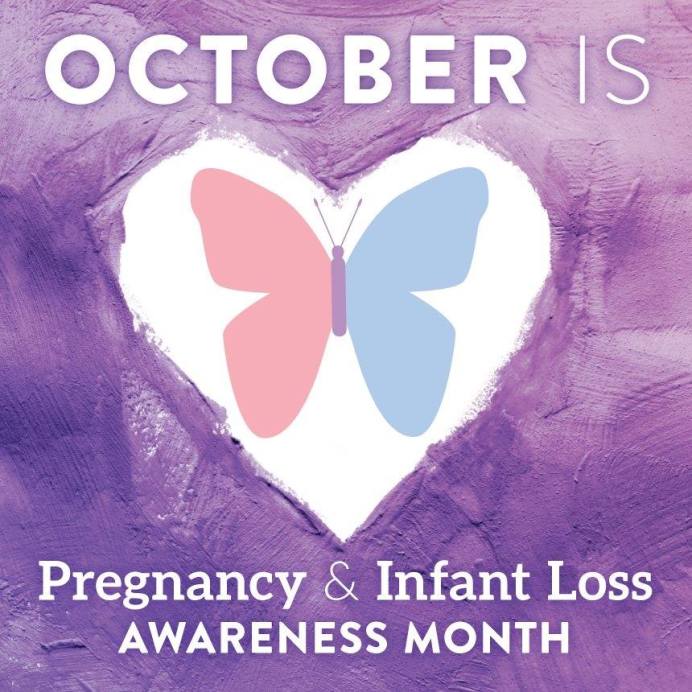 Here is my story:

My husband and I decided quite early on that we wanted children. It was something that was never really discussed seriously, just something that was important to both of us. We decided in early 2012 that we would start trying (a few months before our wedding) because things like that never happen right away. Well, it did. I conceived the first time in early February of that year…

If you need someone to talk to privately, even just to listen, feel free to email me at j.gi.federizo@gmail.com.

I do advise that you first turn to your loved ones because in such trying times, they must be your first line of support. Grief and sorrow can be lessened when you have a strong support system. If it is a depression that is way beyond the powers of your loved ones, consider getting professional help. It is never wrong to ask for help.

Prayers for YOU, my little ones.

For my Beautiful JAMIE and ZOE — I may not see you but I know in my heart how absolutely lovely you both are. Today was supposed to be your real birthday, but just the same, Happy Birthday, my dear Zoe

Mama and Papa love you both.

Please tell God to send us another sister for your kuyas.

This time, please tell Him to let her stay for good.

I have decided to finish my 2015 A to Z Challenge today. I have been thinking about what Y and Z words matter to me most and, for the life of me, I always come back to “YOU” and “ZOE”. It’s supposed to be Zoe’s birthday today, the estimated due date,  and I could not let it pass anymore. So I decided to dedicate this post to both my babies…Please consider this challenge finally done. At least, it has made the challenge more meaningful to me…

I distinctly remember a co-worker telling me in early March to read Filipina actress Rica Peralejo‘s emotional blog post regarding losing her baby. I did not want to. Being pregnant and worrying about my own baby’s real condition already stressed me out, I did not want to entertain more possibilities of losing my second chance of becoming a mother. But now here I am, sharing this:

I share this not because it is interesting enough, but because she has somehow given voice to me, to my pain. She was me when I lost Baby Jamie. I certainly hope she won’t be me the next time. Talking about my first pregnancy and the miscarriage (baby was at its third month) was already hard for me before, our second tragedy (baby was going to be at its seventh month) just made me feel worse. Really writing about it, about losing Baby Zoe and coping with grief, is something I still can’t handle.

I try to be at peace with myself. It’s a constant struggle. The pain is real.

Thank you, friends, for understanding me…