What makes a written work great is that it gives meaning to the reader. The best books and literary pieces often have us thinking, questioning, wondering, enlightened. Not surprisingly, many of what have been written and said get shared to others countless times. They can be very logical or philosophical, with a lot of wisdom, becoming mantras to many especially during hard times.

It is with pleasure that I share some of the best life quotes from authors, poets and their written works.

From Tao Te Ching. This is a personal fave and my motto in life because it covers everything

Sure does! From Tao Te Ching 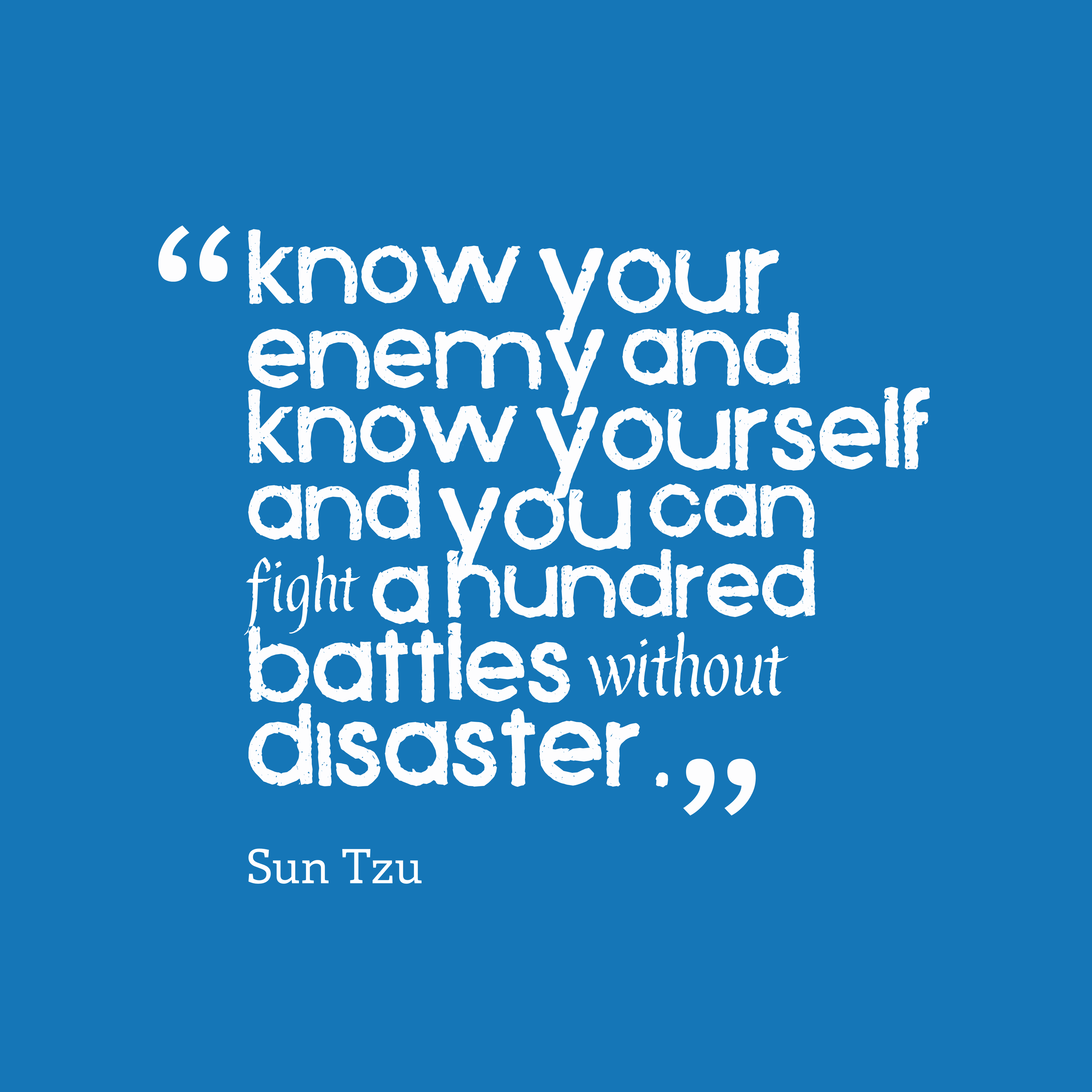 From The Art of War

From Letter to My Daughter I know this, but I am not sure if it’s from a work, an interview, or a conversation she had with someone. Please enlighten me 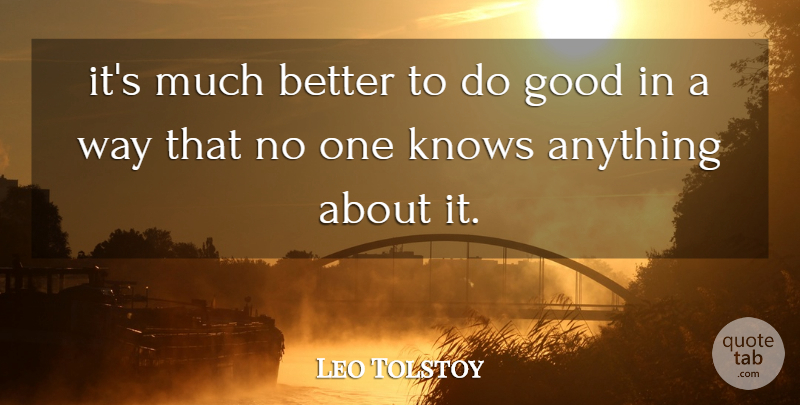 From The Shawshank Redemption

From Alice’s Adventures in Wonderland From Anne of Green Gables

From Brothers Karamazov. I had always known this as a popular saying. Never knew it was an actual quote…

Sorry, I was late. Excuse not so valid. I do hope you liked today’s (er, supposedly yesterday’s) post. Can you add more to this? Comment below!!!

Q is for “Quotes”

This piece serves as my Letter Q post for the A to Z Challenge 2017.

What’s in a nom? In a nom de plume, to be exact? Apparently, it could be any thing or any reason, depending on the one who owns it.

Nom de plume, which is of French origin, is a pseudonym. An alias, if you want to be more clear about it, only it is often used by writers. Plume, after all, is French for “a long, soft feather”, which we know was the primary material used in writing with ink in olden times, when ballpoint pens did not exist yet. In other words, a nom de plume is a pen name that a writer prefers to be known by in relation to specific works he’s done. It is his literary double.

Merriam-Webster.com: “a name used by a writer instead of the writer’s real name”

OxfordDictionaries.com: “An assumed name used by a writer instead of their real name; a pen-name.”

Dictionary.com: “an invented name under which an author writes.”

The Origin of Nom de Plume

According to Oxford, its origin is this: “Early 19th century: formed in English from French words, to render the sense ‘pen name’, on the pattern of nom de guerre”, which meant “war name” or an assumed name in combat.

This reminds me of our 1896 Philippine Revolution heroes back when the natives were fighting for the country’s freedom from Spain. Our two main movers of the revolution: Andres Bonifacio, better known as the Supremo, used Agap-ito Bagumbayan, while Jose Rizal, who is known in parts of Europe today, used Laong-Laan. They had contradicting approaches in starting the revolution, but both men were after the same thing: Freedom. Bonifacio preferred battles through combat, Rizal used “the pen is mightier than the sword” approach instead.

I owe a lot to both men, but I dare say that, in a way, the pen was mightier as it was Rizal’s work that brought more fire to Bonifacio’s heart.

The Stories Behind the Pen Names

There are many writers, famous or not, who use(d) pen names.

“Before Clemens became well known as a writer, he held a variety of odd jobs including piloting a steamboat up and down the Mississippi River. He was licensed as a steamboat pilot in 1859 and worked on the river…His experiences along the river helped him come up with his pen name.” (America’s Library)

As to why he chose to use the name:

“I was a fresh new journalist, and needed a nom de guerre; so I confiscated the ancient mariner’s discarded one, and have done my best to make it remain what it was in his hands–a sign and symbol and warrant that whatever is found in its company may be gambled on as being the petrified truth; how I have succeeded, it would not be modest in me to say.” (ThoughtCo.)

He was out to make a name for himself, and did he!

I suspect that most writers up to now do this, too, for the name recall. I do not know if mine works, but I certainly hope so. I have explained the whys behind mine (and some other past pseudonyms) in What’s in a Name?

Basically, I wanted it different and short enough. It is simply, technically, a variant of my real name–J for Jennifer (that is the opposite of being different, ergo, just the initial), Gi for my actual nickname, and Federizo that is my maiden last name. Maybe I am like L. M. Montgomery, author of the Anne of Green Gables series, who wasn’t really so keen on her given name:

“Like Anne, Montgomery was particular about the spelling of names. She was named Lucy after her grandmother and Maud after Queen Victoria’s daughter, Princess Alice Maud Mary. She wrote in her journal, ‘I never liked Lucy as a name. I always liked Maud—spelled not ‘with an e’ if you please.’ ” (Mental Floss)

Well, I am lucky I am in a world where women are now more easily accepted in various fields such as writing. Many female wordsmiths in the old days had to choose to hide behind masculine pen names so they could have equal opportunities in being read and heard. Imagine, sisters Charlotte, Emily and Anne Brontë had to be Currer, Ellis, and Acton Bell, respectively, to be published.

But who am I kidding? There is still that certain amount of readers’ discrimination in the literary world where gender is concerned. That is why J. K. Rowling of the Harry Potter fame, much like others like her, chose to use her initials. She was writing in a genre where the men dominated. At least, it is still her name. Sometimes, some women authors pick unisex sounding names to play it safe.

Some do have distinctively male or female names. That is because some names have become so popular that book series have become  collective works of various ghost writers. One very good example is Carolyn Keene, “she” who created Nancy Drew. If you were to check for her timeline, you would find that at a certain point, it would be already impossible for her to have written all the stories. Also, it came to light that Carolyn Keene was an actual pseudonym used by the original user, Mildred Wirt Benson. The light came through a legal-rights related lawsuit that would finally give credit to Benson.

To sum it up, there are various reasons why writers choose to use noms de plume.

“A pen name may be used to make the author’s name more distinctive, to disguise his or her gender, to distance an author from some or all of his or her previous works, to protect the author from retribution for his or her writings, to combine more than one author into a single author, or for any of a number of reasons related to the marketing or aesthetic presentation of the work. The author’s name may be known only to the publisher, or may come to be common knowledge.” (Wikipedia)

While a name sure does its job, too, I still conclude that it’s the work that makes the name.

Hope you got something from this. Would you rather choose a pen name over your real one? Let us know why or why not below. 🙂

I’m jumping the letters to keep up, but I will make sure I post the “missing” ones as well. Keep reading, guys!

This piece serves as my Letter N post for the A to Z Challenge 2017.

I am creating a page for my A to Z Challenge 2017 posts. Meanwhile, to check for my past posts, kindly check out As Lovely as a Tree.