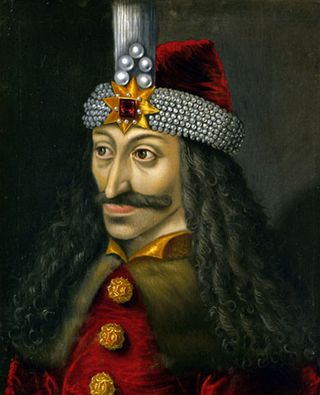 Last week, I promised true freaky stories for #FreakyFriday. Well, I am currently working on them. *sigh* BUT, I’ve got something else! *reverse-sigh (is that even possible???)* I happened on my pal Fran’s recent post on Cure4Mondays. Fran is “a full-time homeschooling mom and tenacious seeker of what feels good….currently the CEO and the undisputed demi-god” of her household. I got to know her after I left the print publication and she just got in. That seems weird, but that’s how it went. Fran is a really nice and talented lady.

7 Life Lessons You Can’t Miss in “Train to Busan”

Agree or disagree? Tell us what you think!

Have a nice weekend!!!

So you thought THE RING was scary? Well, I saw it and I was like…*tumbleweed*

I’m not gonna tear the movie apart. It’s not its fault that I saw the Japanese version first. And it’s not its fault that producers took a lot of liberty changing much of the plot. I mean, yes, it was in an American setting, ergo,…DUH??? Still, there would have been better ways to do it. I don’t understand why producers buy the rights to movies only to make them worse…

Anyhoo, RINGU 1 (there’s a RINGU 0, by the way, a prequel to explain the why of the whole story) was the first-ever Japanese horror flick I got to see, the first-ever Asian horror flick I’ve seen other than the stuff we make here. I think it kind of scarred me for life, he he.

For months, Sadako, the Japanese Samara, haunted my mind, I kept thinking she’d appear while I was in the bathroom. If you’re thinking there’s a bathroom scene, there’s none, but that was my almost-illogical worry. Her coming out of the TV screen was the scariest part, because what was horrific was it was like watching helplessly while one was about be murdered and all you could say was “Run! Run, Forrest, run!!!” Okay, totally different movie line, but you get the drift. For some reason, however, the idea of her coming out of our TV never enters my over-imaginative mind.

Copyrights belong to the producers

It wasn’t just the story. Not just her look that “worked” for me–I mean, compared to other horrific characters, she really looked rather tamed wearing a long, white dress and with her long hair simply covering her face. You’d think they were on a super-tight budget. She seemed like the typical White Lady with a twist, or let’s say like a literally twisted White Lady. But the eye, though! Even when it’s the only thing you could see. Less could indeed be more…Oh, well, it was based on a novel that I haven’t read, anyway, so the Sadako-look idea maybe from there.

***A bit of book spoiler alert!*** The movie differs a lot from the book. Therefore, I will look at them differently and not hold a grudge against the filmmakers. Having read the synopsis, the book does seem interesting, especially with Sadako being supposed to be “intersex” (previously referred to as “hermaphrodite”). Doubly interesting is her and her mother’s characters were inspired by real people who apparently did exhibit such unnatural abilities.

What worked for me was the whole treatment of the movie, and especially because it was different from the usual Hollywood treatment. There was a creepy mystery, the shots were simple, there was no totally-like-Hollywood gore or surprise sound effects to jolt you from your seat even when there wasn’t anything really relevant going on, the setting,…Probably the same magic elements that got similarly-treated Asian horror flicks Hollywood-glammed. Frankly, only after a few years did I dare watch those others, and only when I chanced upon them on TV. After a while, though, the magic got old on me. One Sadako, for me, was enough.

You might find these worthy reads: The Allure of the Female Ghost in ‘Ringu’ , Sadako’s Secrets: Explaining “Ringu” at the Asian Art Museum. Beauty is in the eyes of the beholder, so you do the judging whether you like the Japanese version better or not. I urge you to click on the above vid’s play button. After watching, do let me know how it went 😉

I told you I was continuing with #FreakyFriday. Next time, watch out for some stories of real and surreal encounters!

If you have real stories as well, please give us links. Thanks!!!

Last week, my Friday post was days earlier. And now, I’m late! Blame it on my connection. I tried. Anyway,…

It’s #FreakyFriday, folks! For this week, I thought I’d share some freakin’ scary prank videos. Now, these have made the rounds already and chances are, you’ve already seen them, anyway. Then again, I’m not really sure, am I?

I’ll take the stairs, thank you very much!!!

I do need to give my opinion on these. While these may have caused the exact reactions the producers were aiming for. I have reservations about creating such pranks that, though genius and made just for laughs, may not be as harmless to the victims as we think.

We do not know everyone’s condition so I am especially concerned when pranks involve old people. We do not want any heart attacks. And what about the premises? Should you really scare and run after people who might flee in fright right smack speeding vehicles? And what about scarring a child by giving him such trauma for the rest of his life? I even remember news of a victim suing a popular show because she got the surprise of her life and she tripped–she was pregnant. Don’t know if anything happened to the baby but if it was okay, it didn’t make the prank excusable and the people behind it not liable.

What do you think?

This should be a shoo-in for my #FreakyFriday theme for the whole November, except it isn’t Friday yet. Well, the badge and the words aren’t mine, and sensitive people might just get offended so don’t say I/we didn’t warn you, but I think any sane people will agree with Oliver’s thoughts here (BTW, thanks for allowing the reblog, Oliver) . This is just so sad. And I think that regardless of whether these incidences were intentional or not, letting your little one die like that is…I dunno. You fill in the blanks ’cause I’m trying very hard not to say bad words…

Well, it’s November and I thought I’d do a Freaky Friday theme this whole month. As my first F.F., here is a story I wrote several years ago. I hope new readers will like it 🙂

HE watches her from afar, feeding his hunger for her with his eyes. Ah, but the night is long. Hallow’s Eve has always been long for Daniel Marco.

Tonight at the Ball, he sits at a lonely table, unmindful of all the meaningful glances thrown his way by coquettish vixens. He drinks all the merriment in as he sips a glass of blood-red wine, which is all but fitting. He has come here as Count Dracula, that vile man condemned and accused centuries ago. Some say Vlad Tepes never really drank anyone’s blood, that the manner in which he killed was by impaling his innocent victims. Yet, history has not completely proven it true or otherwise. Always, there are only speculations, speculations and nothing else.

However, it is the least in Daniel’s thoughts. Tonight, his thoughts and his eyes are on her, and her alone…