The Philippines is actually also known (if not more known) for its beautiful natural resources, particularly the 7,100-plus islands. It’s not all about Philippine politics, calamities, and tragedies. Oh, but many do know that already.

I’m not going to talk about islands for now, however. I just thought that would get your attention, ha ha. Rather, I’d like to share stuff regarding the country’s other best-known assets–the people. In fact, I’ve talked about it in The Great Philippine Experience:

“…many tourists seem to come back again and again…When it comes to the Philippines, it is not merely the sceneries and the wonders that attract tourists. More than these, it is the people and their rich culture that makes the Philippines a much-loved travel destination.”

Even Nuseir Yassin, a.k.a. Nas gave big credit to the Filipino people in  8 Days in the Philippines. (See The PH)

But why just take our word for it? The better idea is to take these foreign missionaries’ words for it! They have stayed in the country for a long enough time to appreciate its people. Some have even enjoyed a certain level of fame, having somewhat become celebrities, for instance, the boys of the Hey Joe Show, “a multi-platform social media group dedicated to celebrating and exposing Filipino culture to a global audience”. They can tell you what to expect when you’re in the Philippines.

It’s various interview clips, so it’s long, but you can always skip some of them. Personally, listening to them made me realize more things and made me proud to be Filipino, despite all the negatives. I was smiling almost from start to end, even laughing sometimes. First guy here is Connor Peck from the show I mentioned.

FUNNY THINGS FILIPINOS DO (by Sumner Mahaffey of the Hey Joe Show, and he also joined I Love OPM, singing competition for 100% non-Filipinos singing local songs)

Some of the things Sumner says here are not mentioned in the previous video.

There are more things to explain how the Filipino is. Will share more in future posts.

Meanwhile, just like in any other country, one of the most important things when you visit is to learn the language. It is very important, though often neglected. But if you’re staying for a long while, it is advised that you learn the language. Speak, as the Pinoys do.

This is what Fil-American Wil Dasovich did when he came to stay in his mother’s native country. Wil is a popular vlogger (or YouTuber, if you may) known for talking a lot in the Filipino dialect called Tagalog.

But what sticks to most Pinoys’ minds is not only his American accent, but his weird Tagalog combos–he just simultaneously speaks in deep Tagalog, Taglish (Tagalog-English), sometimes hippie lingo, often beki (gay) speak without batting an eyelash. He explains why in the video below (I contributed the translation of the Filipino words, so from 0:09, those words were from me, simply enable captions). Nevertheless, I still encourage any foreigner or half-foreigner who wants to stay here for years to do what Wil did. 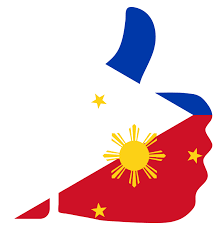