This is the week of love and a great time to focus on a love theme for my posts. So, in keeping with the occasion and my hash potato-ing (*wink*), I’d like to feature one of my favorite TV couples, if not most favorite, for #TVTuesday:

If you are not familiar with them, they are in the show BONES for which their actors both have produced episodes. It does make me sad that they’re on their final/farewell season now *sniff* The good thing is I can still try to watch seasons I haven’t yet seen.

I honestly never knew about Emily Deschanel (@emilydeschanel) until this show. It’s her sister Zooey whom I first knew (and also liked). Nevertheless, big sister’s portrayal of forensic anthropologist Dr. Brennan was so, so good and funny, I soon fell in love with the character. Maybe if some other actress did it, I wouldn’t like her as much. Or maybe it’s just Emily’s beautiful, wide eyes that got to me. She’s so good at it, though, that hopefully, people look at her playing other roles without getting stuck in the “Oh, it’s Bones!” mindset and still remember they’re staring at a totally different character in a totally different show or movie.

(To add, I wrote a feature on Brennan a.k.a. Bones to blog about years ago, but I still haven’t finished writing that. In fact, I have been looking for my notebook!)

Meanwhile, I never really liked Angel of Buffy TVS and its spin-off Angel (although to be fair, I only saw a few episodes of the latter). Probably more because of the character, not the actor. But when I saw David Boreanaz (@David_Boreanaz) playing Booth, I instantly liked the character. He was the brawn against Emily’s brains character. David’s charm finally shone for me.

Anyway, I am not exactly featuring the actors or the show, but the love that bloomed between Bones and Booth. Let me just share to you some video clips and a few memes/images. Time to give you SeeleyBones (that’s what I call them) “kilig”* moments.  (By the way, all BONES-related clips and images are courtesy of BONESonFOX).

True love really starts with friendship. In this case, a professional partnership that slowly but surely developed into a real partnership. In fact, it took them several seasons to figure out and accept they liked each other that way, and several more to finally realize they were really meant to be together as lifetime partners.

They're partners. 👫 Watch the fourth chapter of #Bones – The Heart of the Matter now! pic.twitter.com/v51pTUvKl4

In love, you must not let anyone or anything ruin a good thing.

Love is ever-there…even through awkward trash-talking, annoying hyper-rationality of everything, and lame attempts at “hilarious” jokes, Bones-style.

Got 12 seconds? We've got a recap for you. #Bones pic.twitter.com/yF7ljAve0F

There is a #Bones sneak peek and it has your name written all over it! pic.twitter.com/EmZdQPUjY9

(And because Bones has the humor of an 8-year-old, kids, don’t watch this one!)

Love is being there to push and keep each other up no matter what. Watching out for each other, it’s what it is.

When someone is vulnerable, you have the opportunity to help them feel secure. Watch the third chapter of #Bones – Heart of the Matter now! pic.twitter.com/u08SchYoFZ

Thank you for being part of our #Bones family. ❤️ pic.twitter.com/D3gO5iigjH

Bones has got a question:

You make my life messy and confusing and unfocused and irrational and wonderful. 💘
#HappyValentinesDay #Bones pic.twitter.com/uH7N9IAoHY

All parts are the sum of the whole. 💋 #Bones pic.twitter.com/4oW5nWpkdi

Remember, for a relationship to work, take your skeletons out of the closet and learn to dance!

Get your groove on with this #Bones #TBT skeleton dance! 💀 pic.twitter.com/iISzNeVYvM

**NOTE: To Fox and BONES producers, sorry I borrowed clips and images. I did give you all the credits. Oh, and thank you very much for bringing BONES into all our lives. I love my BONES!!!

*kilig – that tingly feeling you get when something sweet and romantic gets to you and makes you say oohs and aahs and maybe get you all giggling and excited.

6 thoughts on “Love in the Time of Forensics #Bones #TVTuesday” 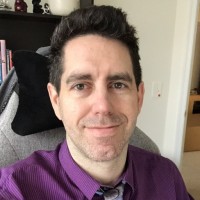