We have encountered all types of personality tests out there. Frankly, they mostly range from unreliable to silly to just plain absurd, if not irrelevant. Sometimes, either out of curiosity or for fun, I take them, just to see the results. I mostly don’t believe them simply because anyone can just create his/her own test and pretend to be an expert. But last week, it was different. I got to take the actual Myers-Briggs Type Indicator test.

The MBTI “is a psychometric questionnaire designed to measure psychological preferences in how people perceive the world and make decisions.” Developed by Katharine Briggs and daughter Isabel Briggs Myers, it was based on Carl Gustav Jung‘s typological theories on what he said were the four principal psychological functions: sensation, intuition, feeling and thinking. These are the 16 Personality Types. Which is You?

“The purpose of the Myers-Briggs Type Indicator® (MBTI®) personality inventory is to make the theory of psychological types described by C. G. Jung understandable and useful in people’s lives. The essence of the theory is that much seemingly random variation in the behavior is actually quite orderly and consistent, being due to basic differences in the ways individuals prefer to use their perception and judgment.”  (MBTI® Basics, The Myers & Briggs Foundation)

The MBTI is often used by companies and organizations to test or understand more their people and is considered as the best by psychologists, it seems. Don’t quote me on that last one, though, as I am basing on my findings and impressions alone. If you know of an actual research or comparative study that should confirm or disprove what I said, kindly direct me to it and I will very much appreciate it.

Those of us in the office who were interested in knowing our types–most of us, it turned out–took the test. Me being me, I guess my tendency to overthink caused me to have two results, a borderline this and that type. Of course, I read on both.

When I read the first one, I knew immediately it wasn’t me. It was…”too big” for me, for lack of a better term. I wish I had that personality’s strengths, but no matter how hard I wanted to pretend, it just wasn’t. Besides, what was the point of taking the test if I were only going to pretend about something I wasn’t? Who would I be fooling but myself? Much of the negatives weren’t even me either.

When I read the second one, I realized, wow, this is me! Both the strengths and weaknesses. Of course, nothing is 100% accurate as we are all unique individuals still, but the description was almost uncanny.

That said, my own sister said that maybe I answered according to what I thought the answers should be that’s why I got a borderline result. Definitely I denied it, but I was bothered. Then when I was trying to make someone answer the test himself and I surprisingly struggled to explain in words he could better understand, I realized that while I probably did overthink, I must have gotten the context of some words wrong.

So I did a retake, answering carefully and even consulting the online dictionary to make sure I got the context right. The result? Still a little bit borderline, but this time, the first result I got changed to something that still wasn’t me, but at least, I know that if I were anything like this or that, I probably would’ve been that after all.

Meanwhile, I have to say I was right when I first determined my personality type. I recognized myself, understood myself more and took mental notes of the warnings given. They basically say, as well for the other 15 types, that anything excessive can also be harmful to you if you’re not careful. Also, personality types can still change, depending on what one has gone, is going and will yet go through. 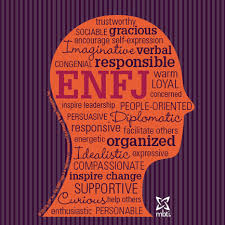 My personality type is ENFJ, which is not hard to remember: just put the J in front and that really is ME!!! LOL!!! Of course, since nobody’s perfect, I don’t have all the strengths and weaknesses expected of an ENFJ, just the majority.

How about you, have you taken the real MBTI personality test? What’s your personality? If you haven’t taken a test yet, do choose to get the MBTI one ( but I think you will need accreditation for that unless you have a way to get hold of a copy). For a more thorough description of your result, I recommend 16Personalities.com.

Remember, no type is right or wrong. What happens in your own life is up to you  😉

September 18  was supposedly my mother’s birthday. Well, according to the National Statistics Office (NSO), that is, which we found erroneous because how could she teach for more than 30 years, how could she start at all, if she claimed to being born on July 18 and her birth certificate then said otherwise (of course it said July 18!)? And she just found out after retirement?…One of those government glitches, for sure. In fact, they gave her another name that I teased her with every time it was July or September 18. “Hey, Teresa, isn’t it your birthday?” She was never a Teresa.

She was a Luningning, meaning brilliance. She was brilliant. Longing to prove herself, she persevered in school and got rewarded with high grades. Finding herself struggling with Math, she faced the challenge and proved her mettle, ironically thrusting herself later in the field of Math education. It was a feat neither my sister nor I could ever emulate when Geometry and Trigonometry seemed all too-Greek to us, and they still do.

Not only was she brilliant academics-wise, but she was a radiant light put on this earth. If only I knew much earlier how much light she had shared to those who needed it. You never really know how much impact you have on others and, sadly, those you’ve shown your brightest become too blind to appreciate it while it is there. I am sorry I was not able to show my appreciation until it was too late.

Before she passed away, that was when I realized just how much impact she made on others, and how much impact a teacher could/can have on her students if she only did/does her work with a sincere heart and dedication. How I got the much-needed financial help for her medical and hospital expenses in her last two to three months is another story worth another post. But I can tell you it was an outpouring of love, even though she was not anymore aware of the things around her.

Having taught for more than 30 years, my mother built many friendships with fellow staff and teachers, and especially with her students. I threw away pride and sent messages to a few of her old friends, asking for financial help, and that led to communicating with more of them. To make the long story short, their contributions, as said, paid for medical bills and, eventually, for the funeral expenses. In fact, I was even able to pay for the balance we still owed another funeral home, the one we got when my father passed away two months prior.

You should have seen her wake. Visitors kept pouring in to give their last respect and my heart swelled with pride, hearing many of them speak of her fondly, about how she inspired them or helped them or even changed their lives in some way. She was a favorite. When the day of the funeral came, some called it a “blockbuster” for it was one of those where many people attended.

Because I am starting to tear up, let me stop here and share my parents’ theme song, No Other Love. I never knew this song until I asked her sisters. I was glad I had the chance to sing it with her and make her happy even for a little while.

Mame, please wait for me, I promise to sing this with you and Dade when we meet again.