I don’t really see the number 13 as ominous. Looking at how my year went, though, I know that the person who most let me down was myself (BTW, I speak in the past tense, given that we have only three days to go before 2013 expires). Granted that many factors contributed to the negative stuff, it was in how I reacted to them that mattered. I started out the year all positive and it’s ending in a not-so-good fashion, all thanks to myself.

To be honest, 2012 seemed all so surreal that it was only in 2013 that things really started to sink in emotionally. I thought I was coping very well with the loss of both my parents and the financial burdens brought by the sad events. But as I learned from experts, one does need to go through the Stages of Grief to be able to move on. They don’t necessarily all happen and they don’t normally happen in an expected logical order, not in the way we want them to.

The five stages do not necessarily occur in order. We often move between stages before achieving a more peaceful acceptance of death. Many of us are not afforded the luxury of time required to achieve this final stage of grief.

To be more brutally honest, I know I went through the Anger (directed at myself, delving on the what-ifs and why-didn’t-Is even when I knew I already did all I could) and the Depression. Hardly a day went by that I wasn’t reminded of at least any one of my parents. Little things could make me tear up in an instant, especially if they were related to family and relationships. Sad things on TV easily made me cry (although happy things had the same effect on me as well).

I had always been easily moved before but I could keep a straight face and you’d never know. However, for some reason, it became very hard to control the emotions–someone would simply be telling a story or I would be listening to music and I would be wiping my eyes immediately. It was overwhelming and embarrassing at times.

Needless to say, I was an emotional wreck. To be pegged as iyakin or one who cried easily was just okay, but then I let other insecurities get the better of me. Insecurity and grief put together is a totally bad combo that can strain relationships. Most people never noticed this about me, but the people I most often interacted with certainly felt the negative vibes from me. Of course, not everyone understood this; they just thought I was being unreasonably difficult, and I was.

I became a self-pitying fool who unwittingly ostracized herself from others, blamed them for it, and felt quite disliked, which was most probably what truly happened after I acted the way I did. I felt so sensitive to somebody’s comments/criticisms, too, that I started dreading going to a weekly get-together, because at the time, that person unintentionally made me feel so much like a bad person and I started questioning myself whether I really deserved to be there still. My energy was on an all-time low.

It’s so hard to explain to you why I felt the way I did without going into more details. The bottom line is, though, I became so much like the opposite of what I was in 2012. I now dub 2013 as my new Officially Worst Year because it was the year I hated myself the most. Mind you, there were a lot of positive things happening in 2013, except when it came to the negatives, the gravity was so strong, pulling down much of my self-love and -confidence. 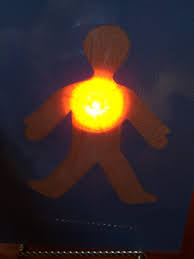 The good thing was I still had the capacity to self-reflect and realize what a pain I had been, and that the worst part was the wounds were self-inflicted. Little by little, I am going back to the Old but Better Me. I know it is working and I know those around me have noticed the changes. I will plant better seeds in my heart and cultivate until I find my Original Self.

So here’s hoping I tell you a happier story next year. I am hoping you’ll have better stories to tell as well 🙂

This has been the most personal and revealing post about myself, but I felt I needed this. Quite therapeutic, actually. Would you like to share how your year has been, too? Or do you have any reactions/suggestions? Let’s talk. Just write down on the space provided for comments below and let the words flow.